My six-year-old daughter recently told me about one of her kindergarten classmates who had an aversion to people in wheelchairs. To this child, the fact that wheelchair-bound individuals moved mechanically, not with their legs, but by way of some sort of seat contraption with giant wheels, was flat out freaky. Plus, he worried those wheels could easily run over his feet. In other words, these people were different and therefore, frightening. Eventually, I’m told, as he learned more about how wheelchairs work and why some people need to use them, his fears diminished. As I listened to my daughter, I thought about how her classmate exemplified the classic case of human nature, regardless of age. We fear what we don’t know; what we perceive to be outside the norm of our immediate surroundings and personal worldviews.

To many, it might seem unnatural and perhaps even downright cruel for a woman to choose to delegate her motherhood to another after delivering a baby. But maybe we’re not too different from the kid with a disdain for people who use wheelchairs. Maybe, as a culture, we could benefit from a healthy dose of education on why shaming birth mothers is wrong.

A woman who has made an adoption plan for her baby and gone through with the placement is a rare individual. She is someone who has taken thoughtful and excruciating time to assess her situation, determined what she is capable of handling (and just as crucial, what she’s not able to handle), and made a decision–the most painful one any person can make–to put her child’s hopes, dreams, and ultimate well-being ahead of her own.

This woman has chosen to endure nine months of pregnancy along with its hormonal shifts, morning sickness, food cravings and aversions, and the worst forms of pain and discomfort anyone can experience so that her child will have the chance to be raised by someone other than herself. She will live with not only the many physical reminders of the pregnancy (stretch marks and/or added weight), but also the deep and eternal emotional scars that will likely be triggered countless times throughout each year including (but certainly not limited to): her child’s birthday, the anniversary of her child’s conception, each time she sees a pregnant woman or observes mothers interacting with their children, every time she stumbles upon an object that meant something to her while pregnant, or when she hears the first notes of a song she used to sing to her belly as her baby kicked from within.

This woman has likely had to sacrifice time from school or work during pregnancy and/or after giving birth and doesn’t get to experience the joys of child-rearing that come along with that time off. To boot, she’s almost certainly misunderstood by her friends and family; no matter how much they supported and stood by her as she carried out the adoption plan, they will never truly comprehend or relate to the anguish she lives with on a daily basis.

This woman is not irresponsible or some sex-crazed animal unable to control herself. She’s a normal human being with normal human tendencies, who makes normal human decisions and normal human mistakes. She may have decided on an adoption plan as a result of being raped or in the aftermath of an abusive relationship. Or perhaps she needed to admit to herself that she was not in a financially or emotionally-stable place to raise a child at that point in her life.

This woman did not “give up” her child in the sense that many in our society tend to imply. Instead, she chose to place her baby with adoptive parents she, herself, chose based on little more than a colorful family profile full of staged smiles and sappy words backed up by exactly zero actions, as well as the desperate faith that adoption agencies adequately screen their clients.

This woman will never “get over” the pain of choosing not to raise her child. Even if she has no regrets and even if she chooses to have more children later on, those kids will never “erase” the pain or “fix” the grief despite adding a new layer of joy to her life.

This woman is by no means deserving of the shame and ridicule she carries on her shoulders each day as she draws her strength from the knowledge that her child is exactly where he or she is supposed to be. And she’s fully aware of the negative perceptions that exist about her within our cruel and ignorant society. But she somehow manages to rise above it. Because she’s learned what it means to be strong and persevere in the face of seemingly insurmountable opposition. She’s a birth mother. 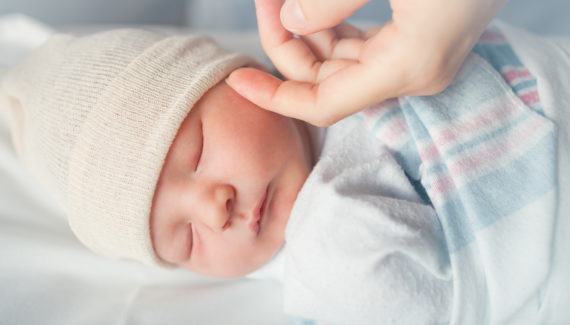 Alan Atchison is a Senior Publications Editor at the University of Pennsylvania, where he also earned a Masters of Liberal Arts in Creative Writing. In addition to his day job, he writes fiction and is currently pursuing publication. He is a strong advocate for open adoption and is an outgoing introvert, which means he’ll be the life of the party if necessary, but would rather be home with a book. He lives in Philadelphia, PA with his wife and two daughters. Follow him on Twitter and Instagram.

Any cookies that may not be particularly necessary for the website to function and is used specifically to collect user personal data via analytics, ads, other embedded contents are termed as non-necessary cookies. It is mandatory to procure user consent prior to running these cookies on your website.